Very often these days, we are caught up in how we use power, and what it costs. However, while those things are important, there are also some new, fascinating ways that countries around the world are generating power. Here are some of the green ways that electricity is being produced around the world:

Wave farms use equipment installed off or near shore, on the ocean, to capture the energy of waves, and turn that energy into power. It may sound like something out of a sci fi novel, but it is already being used in the UK, Portugal, Russia and the USA!

Geothermal power plants use tunnels drilled deep into the earth to heat water and create steam. That steam is used to power turbines, which then generate power. That might sound strange, but there are twenty-four countries that generate power from geothermal sources, with several (including Iceland!) generating more than fifteen percent of their power this way!

Parabolic trough solar farms use curved sections of metal, bent into a “parabola” to collect solar heat, and reflect it onto a pipe filled with fluid which then flows to the power plant, where it is used to heat water and create steam, and the steam generates electrical power. Parabolic trough plants are widely accepted including in the US, and the world’s biggest one, generating 354 MW, is in California!

Photovoltaic power, also known as PV technology, is the type of solar power we are all most familiar with. These are the solar panels that we are all used to seeing. However, with improvements like thin film technology, PV solar power is becoming more accessible and affordable, and is likely to increase in popularity.

Wind farms are another one of the more common alternative power generation sources, and it is a common sight to drive past dozens of turbines silently generating power along the highway in many parts of the world. Did you know that many countries, including the UK, have many of their wind farms on the ocean? Rather than take up a little land, they have opted to take up none!

In India and elsewhere in the world, plants have been constructed that capture methane gas from sewage travelling to treatment plants. That gas is used to power generators, which create electrical power!

With green building being such an important consideration these days, more and more building owners are considering taking their commercial buildings fully or partially off the grid. While you may not be able to use wave or geothermal generation in a commercial building setting, you can definitely use solar and wind technologies to power some or all of your building systems in a more cost effective, more environmentally friendly way.

A commercial electrical company can certainly advise you what you need to install to meet your needs, and how to integrate your alternative power sources with the power you get from the grid. 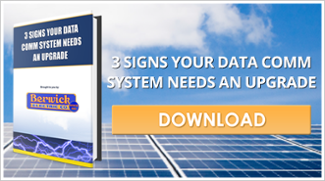