Static Electricity and How It Affects Business Electronics and Data 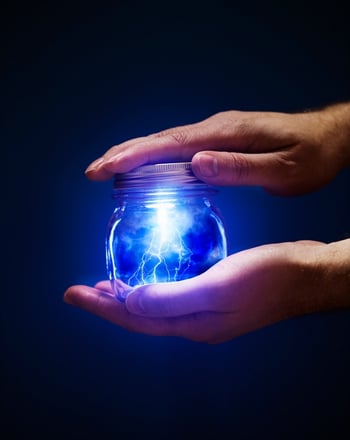 Nearly everyone remembers taking a balloon as a kid, rubbing it on your sweater or a woolen blanket, and holding it above your head to make it stand on end. It was fun to play with static electricity when you were younger. We’ll even admit that it’s fun to rub your feet on a rug and deliver a shock to an unsuspecting passerby. However, while those games may be fun for children, there are worse consequences to static electricity. Here’s what you need to know.

While it is highly unlikely that you would be injured as a result of static electricity, even though it is possible, it’s far more likely that electronics including computers and other office machinery, could be damaged by static discharge.

Basically, electrostatic discharge, or ESD, is a tiny, miniature version of lightning, and it can be just as destructive on the micro level of circuit boards. The energy from the shock travels through the nearest object, in this case the circuitry of the electronics, and destroys critical elements along the way.

While this is the literal equivalent of the electrical storm in a tea cup, there are ways to prevent damage to your equipment from static electricity:

Static charges can destroy electronic equipment. So can power surges and electrical storms. Take precautions to avoid damage by static electricity to your delicate electronics, and speak to your commercial electric company to make sure that your office and business premises is adequately protected against power surges. Surge protectors, ensuring that your building and electrical systems are properly grounded and setting up “Zones of Protection” within your facility can all keep your equipment, electronics and people safer.

This is particularly important for items like your server, where critical data is stored. The simple fact is that unregulated, unexpected power is bad for your electronics and equipment, whether the cause is your feet on the carpet or a lightning strike during a storm. It’s always better (and cheaper) to be safe, rather than sorry.