A Great Past Leads to a Bright Future: The Berwick Legacy

J. Douglas saw the opportunity for growth; he decided to invest in his company's future by making the leap from gas to electric. By bringing cutting-edge technology into his home and business, J. Douglas inspired friends and neighbors throughout the Pikes Peak region to follow suit. After receiving Electric Contractor License Number 11 from the State of Colorado, Berwick Electric Co. was born.

Just three years later, Berwick Electric Co. won bids on Grace Episcopal Church, St. Francis Hospital, and the Modern Woodmen Tuberculosis Sanatorium (now the Sisters of St. Francis Convent). As the '30s drew to a close, Berwick Electric Co.'s list of distinguished work included remodels for many of the downtown Stratton properties, wiring for many of the Broadmoor-area homes, and a home for the Penrose Hospital nurses.

As Colorado Springs saw rapid growth in the decades to follow, Berwick Electric Co. grew as well. Some of the company's major projects during this time included the Chase Stone Center (home of the Antlers Hotel), the (former) Holly Sugar Building and The Broadmoor's Colorado Conference Center. Atmel, Honeywell, Hewlett-Packard, and U.S. West were regular customers.

In the mid-'80s, Berwick Electric Co. set the foundation for a bright future by grooming a new generation of managers. James D. became the chairman of the board, a position he held until his retirement in 1992. A management team, led by James Peterson and Douglas Berwick, guided the company as the firm became respected as the leader in high-tech facilities, healthcare and government projects. Berwick Electric Co. added Industrial and DataComm divisions to its capabilities.

Send In Your Pictures!

Berwick Electric is looking for YOUR old pictures of us! We would love to feature these pictures on social media and throughout our website! Be sure to send them in! 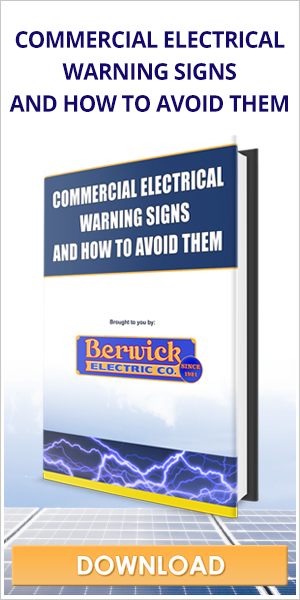